The story of how Heinz came to be one of the world's best loved brands began over 140 years ago. Take a trip back with us, and find out how Henry J Heinz ensured his name would become associated with quality, variety and good taste by food lovers everywhere.

Two young American businessmen, Henry J Heinz and L Clarence Noble, launch Heinz & Noble. Their first product is Henry's 'pure and superior' grated horseradish, bottled in clear glass to show its purity. The horseradish is grown on a garden patch given to Henry by his parents. 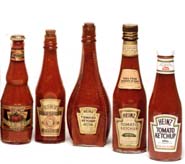 The world's first taste of ketchup

Henry sets up business with two of his relations, launching F & J Heinz Company, with Henry as manager. In the US, they launch Heinz Tomato Ketchup followed by a launch in the UK in 1886.

'I think Mr Heinz, we will take the lot' 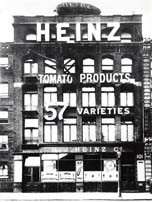 Riding the New York railway he saw a poster for a shoe company advertising its 21 styles of shoe. He is taken with the ad and totting up the number of products that his company produced, settles on 57 - although there were more, even then! On that journey Heinz 57 Varieties was born.

Cream of the crop

Heinz Cream of Tomato Soup was imported into the UK.

Heinz is still exporting Baked Beans, Spaghetti and Tomato Ketchup to the UK from America and Canada. When production expands to the UK, 10,000 tonnes are produced here in the first year.

You gotta talk the talk

Heinz salesmen are expected to be at least 6ft tall, impeccably dressed and particularly eloquent at promoting Heinz products. Their equipment ­ including chrome vacuum flasks, pickle forks and olive spears ­weighs about 30lbs! 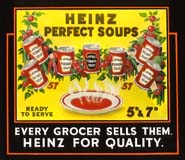 Because of the war, ingredients are in short supply. Heinz Tomato Ketchup does not appear on shelves in the UK from 1939 until 1948. What on earth did they do without it? Eat more Heinz Salad Cream, that's what.

Because of its major contribution to wartime food production, our Harlesden factory is bombed at least twice. Production carries on regardless as Heinz is so vital to maintaining food resources.

The Royal Warrant is granted, and in 1954 granted again as Purveyors of Heinz Products to HM Queen Elizabeth II.

Heinz goes on air for the first time

'Heinz 57' varieties are advertised on the new ITV channel.  Colour posters were also produced.  The jingle went: 'Heinz 57, Heinz 57. You've a family to feed. Heinz have everything you need. Ready when you are, yes indeed. That's Heinz 57!

The biggest promotion in the UK ever!

Heinz give-away 57 Mini-Minors in a soup competition. From then on Heinz can't stop; we give away 57 caravans, 57 holidays and much, much more.

The most famous slogan of them all is born

Remember it? A million housewives everyday pick up a tin of beans and say: 'Beanz Meanz Heinz.'

Telegram from the Queen?

Ketchup gets the easy, squeezy treatment

The plastic Heinz Tomato Ketchup bottle is launched. Now it is easier than ever to enjoy the world's favourite tomato ketchup with your favourite dishes.

Heinz expands distribution to Russia and China. In total, we now export Heinz Beanz to 60 countries.

Twelve of the best

Heinz Beanz is selected as one of twelve brands that people think best represent the final ten years of the Millennium.

Into the top four 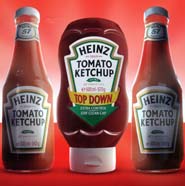 Everything turned upside down

Heinz Tomato Ketchup is turned on its head ­ and the Heinz Top Down Tomato Ketchup bottle is born. For the traditionalists, the distinctive glass bottles remain on sale too.

Heinz introduces Reduced Sugar and Salt Baked Beanz while continuing to drive down added salt in standard beans which first started in 1986.

Mean Beanz for a new millennium 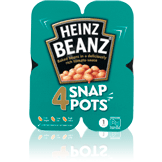 Heinz launches a new format to their iconic Heinz Beanz and Spaghetti Hoops brands with Snap Pots, a personalised portion that can be popped into the microwave without the need to hover by the hob, worry about waste or adding to the pile of unwashed pots and pans.

Heinz unveils nine global sustainability goals including the reduction of greenhouse gas emissions by 20% by 2015. 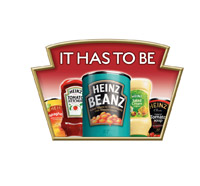 IT HAS TO BE HEINZ marketing campaign was launched in October across TV, radio, in-store, digital and PR.

On 21 May 2009 Her Majesty The Queen and His Royal Highness The Duke of Edinburgh visited the Heinz Beanz factory in Kitt Green near Wigan to mark the 50th Anniversary of the official opening of the factory. The Queen also opened a new packing operation.

Heinz Beanz Fridge Pack: the first-ever resealable beans product from Heinz is launched. The ground-breaking innovation allows you to use as many beans as you like before resealing the screw top and popping the remaining beans into the fridge to keep fresh for up to five days. There's also a handy see-through measure on the side showing if there are enough beans left to put on toast or partner with a spud. 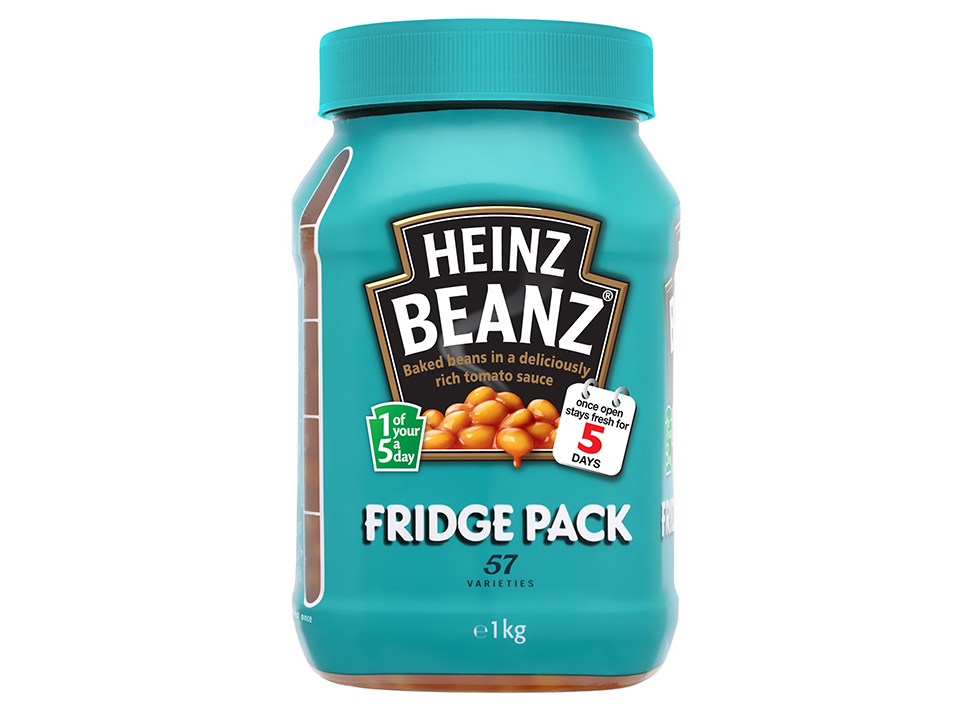 Only one million and 57 bottles of the sauce were initially made, and fans of the official UK Facebook page were given the chance to try the sauce before anyone else - with the first 3,000 sold exclusively on the site.

Consumers put their trust in Heinz as the most highly rated food brand according to a poll published by YouGov. (YouGov BrandIndex 2011)